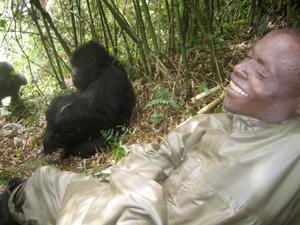 The Gorilla Organization’s goal is to secure the long-term survival of gorillas in their natural habitat.

We understand that if gorillas are to survive in the context of Africa’s other significant challenges then conservation needs to be owned and managed by local African people.

A brief history of the charity

GO is a partner organisation in the United Nations’ Great Apes Survival Project (GRASP) and has received the BBC Animal Awards International Award for Outstanding Work in Conservation of a Species. 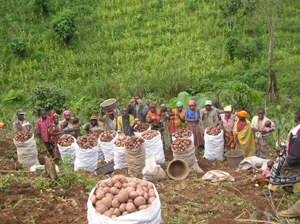 People from the indigenous Batwa community have lived alongside the Mgahinga National Park in Uganda, home to the critically endangered mountain gorilla, for generations.

The Batwa traditionally lived as hunter-gatherers in the lush forests that provided them with food and shelter. However, when the national park was officially established in 1991 the communities were evicted, leaving families homeless and without land. They have since faced acute poverty, and a low level of education. This, added to little knowledge of their rights, has resulted in a lack of transferable skills.

By providing training in agriculture and animal husbandry, building livelihoods and reducing poverty and discrimination, the Gorilla Organization has helped Batwa people develop a sustainable livelihood not dependent on the gorillas’ forest home.

MOUNT TSHIABERIMU – ON THE FRONTLINE OF CONSERVATION

The Gorilla Organization has a team working on the Mount Tshiaberimu Conservation Project in DR Congo, combining law enforcement with scientific research, environmental education and local community development. Trackers are based at one of the patrol posts on the edge of the mountainous forest and each day head into the forest to check on the welfare of the mountain’s tiny population of rare gorillas.

While the security situation in DR Congo is now looking better than it has for some time, the project has been affected by insecurity on a number of occasions, with patrol posts and project staff being attacked, and a ranger killed. Despite the dangers facing staff, they have shown true dedication, maintaining their roles and duties as far as possible, and ensuring the gorillas are safe and well.

Support for the communities living alongside Mount Tshiaberimu through socio-economic development initiatives further benefit the project by alleviating poverty, reducing reliance on the forest resources and fostering a positive attitude towards the environment.

The women of Miti village on the edge of Kahuzi Biega National Park in DR Congo have been through some of the most horrendous experiences anyone could ever imagine. They have been raped and beaten and have had everything they owned destroyed before their eyes.

Left with nothing but the national park to provide subsistence, these women were desperate for food to feed their families. By providing land, tools, seeds and small livestock, the Gorilla Organization has given these women the means to get back on their feet independently of the gorilla forest.

The Gorilla Organization’s project has not only given them a reliable supply of nutritious food but also a support network with which to build their future and protect the gorillas.

Water collection is one of the main reasons for trespassing into the Volcanoes National Park, Rwanda. This not only disturbs and pollutes the forest, having a negative effect on the mountain gorillas, but can also hinder school attendance, as it is often children that collect water for their families.

To date, the Gorilla Organization has constructed a total of 36 water cisterns in the communities surrounding the Volcanoes National Park, providing water for around 37,000 people. 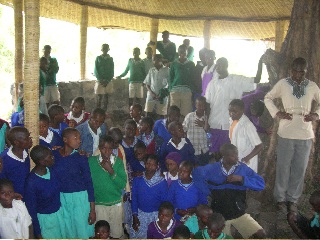 Southwest Uganda is densely populated and the majority of people earn a living through labour-intensive subsistence farming. The low productivity of this way of life has resulted in widespread poverty, and as a result, local people often encroach on the national parks for farmland or trespass to obtain vital resources such as firewood, threatening the survival of mountain gorillas.

Today’s young people are the politicians and conservationists of the future, and their attitudes to wildlife and the environment could have a major impact on the survival of the gorillas. Working with Wildlife Clubs of Uganda, the Gorilla Organization brings the message of gorilla conservation and environmental protection to local people when they are young, and they spread the word among their peers and families. 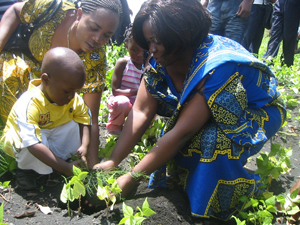 It is estimated that around the Kahuzi-Biega National Park in DR Congo, home to the fewer than 3000 eastern lowland gorillas remaining in the wild, approximately 95% of all energy consumption comes from burning wood. The park has therefore been under intense pressure from local communities who rely on it as a source of firewood.

The Gorilla Organization plants trees on the periphery of the national park, creating a buffer zone that not only separates the forest and local farmland, but also provides local communities with a source of firewood and timber so they no longer have to rely on the forest. We have planted over 1.5 million trees in this area.

The area surrounding the Virunga National Park in DR Congo, home to the critically endangered mountain gorilla, is densely populated, with most families reliant on firewood and charcoal for cooking and heating. The collection of firewood can have a detrimental effect on the gorilla habitat, and is also very time-consuming and physically exhausting for the villagers and children involved.

The Gorilla Organization launched the fuel-efficient stove project in 2008, producing and distributing ‘jiko’ stoves which reduce the consumption of firewood and charcoal by at least 75%. Families with fuel-efficient stoves are now using on average just 1.5 sacks of charcoal a month compared to four sacks per month before.

To find out more about the Gorilla Organization, please visit our website (http://www.gorillas.org)

This article has been provided by: Gorilla Organization(http://www.gorillas.org)