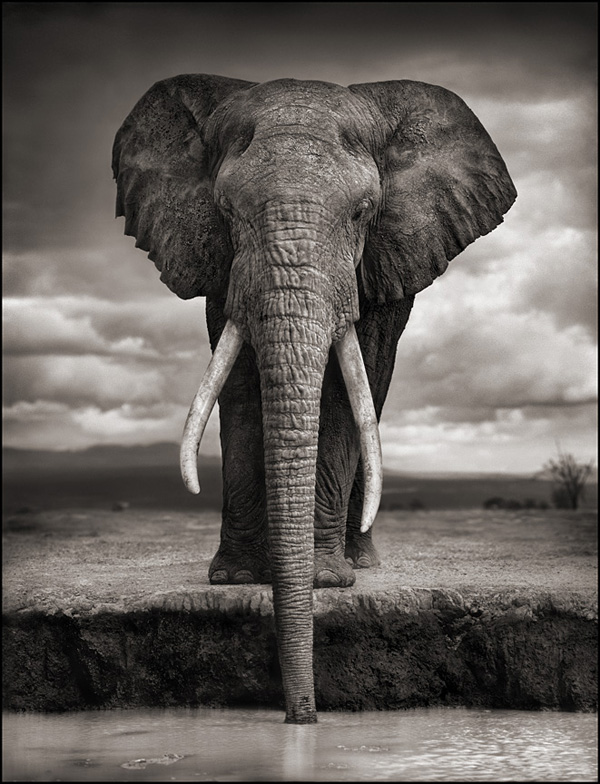 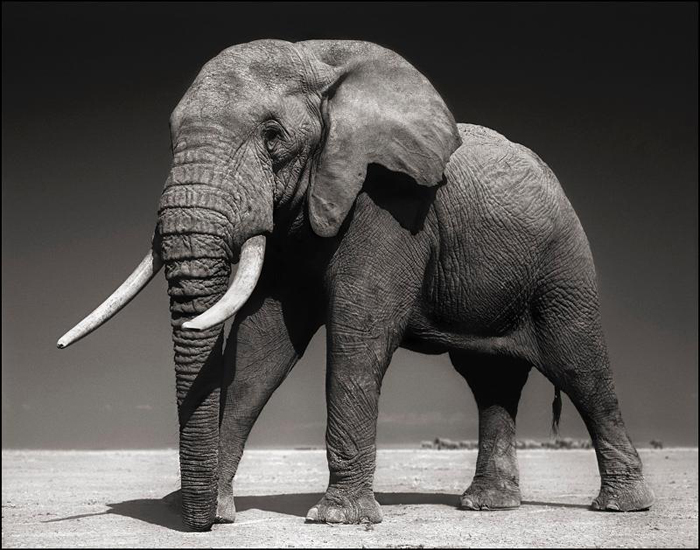 The captions beneath the photographs above explain it all.

Part of me was reluctant to tell people that these elephants had been killed. You want to believe that these beautiful elephants are still wandering the African plains. But in a very short space of time, most of the large-tusked elephants featured in my books have been killed by poachers for their ivory.

Since 2008, there has been a huge increase in demand from China and the Far East for ivory, and as a result, elephants are being wiped out at an alarming rate. The numbers are apocalyptic: it’s estimated that as many as 35,000 elephants are being poached a year, 10% of the entire population of Africa’s elephants each year alone.

And it’s not just elephants. The lions are being poisoned at an incredible rate too. It’s become so bad that there are next to no lions left outside the national parks. Giraffes being killed at a faster rate for bush meat, and there are even contracts out on zebras, as their skins are the latest fad in Asia.

With increasing human population, widespread cell-phone service, and ever-greater road access, it’s even easier for the poachers. As things currently stand, it’s no longer a matter of if a big-tusked elephant is killed, but when.

In the Amboseli ecosystem on the Kenyan side, the Kenya Wildlife Service is underfunded and understaffed. The rangers and scouts employed to patrol the area are few and far between, despite the efforts of a few good, but also drastically underfunded non-profit organizations. And on the Tanzanian side, where most of the poachers come from, there is almost no-one to stop the wholesale slaughter.

I simply can no longer watch this escalation of destruction of this extraordinary ecosystem and its animals. The time has come to act. With that in mind, I have set up a non-profit organization, called Big Life Foundation, and I need your help.

Our first appeal is a broad-scale anti-poaching plan for the Amboseli ecosystem with the intention of moving boldly, urgently, to get the money into place as fast as possible to halt the poaching.

In early August, the Foundation was conceived with a complete, comprehensive plan of action in place. At the end of August, Richard Bonham, one of the most experienced and highly respected conservationists in East Africa, was hired as Big Life’s Director of Operations in Africa. In September, the first $230,000 was donated. Literally days later, the first three anti-poaching outposts along the border were being bought and built and and more anti-poaching teams brought in. A top training instructor for the all the scouts and rangers in the region was been hired. More equipment bought. Landcruisers for the mobile anti-poaching teams are on order.

It’s a great start, but so much more is needed right away. We are operating with urgency because we know that we don’t have time to wait. Within the last few weeks, several of Amboseli’s most amazing remaining bulls have been killed. And those are just the ones that we know about. Every day, without exaggeration, it is getting worse.

We’re hoping that we get the poaching under control in Amboseli as fast as we can, and then target the issues long term, and further afield across East Africa. There is so much to be done to protect some of Africa’s most magnificent wild animals from being all but wiped out in the very near future.

But we can only do this with financial support. Please help by donating to Big Life.

To learn about what we are already doing, and what we are going to be doing with your help, please visit our website:

Thanks for your time and your support.

While awaiting 501(c)3 status, Big Life Foundation has partnered with TUSK Trust, a 501(c)3 non-profit organization committed to the conservation of Africa’s wildlife and environment. This partnership will allow Big Life to move forward with project funding, and ensure that monies are applied as swiftly as possible according to the strategy. It also allows Big Life’s donors to receive all qualifying tax-exempt deductions.

This article has been provided by: Big Life Foundation (http://www.biglifeafrica.org)
Photography © Nick Brandt 2010